During the time of festivals, there is an increase in the number of tourists visiting New Zealand.  There will be more entertainment activities and services that help you to explore the country’s culture. So, have a quick glance at those festivals before getting the NZ Electronic Travel Authority.

This festival is held in late June and lasts for about 10 days. It is considered as the largest winter festival in the Southern Hemisphere, which attracts more than 40,000 tourists annually. Coming to Queenstown - New Zealand during the time of winter festival, you will have the chance to witness local people dancing in parades, enjoy the beauty of ice architecture, and participate in skiing, ice skating, using the cable car to catch the whole view of the city … 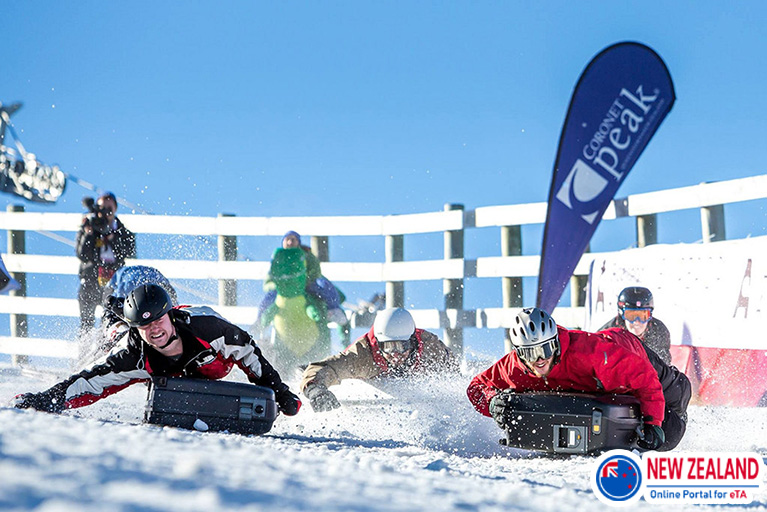 Though the country enjoys the temperate oceanic climate, it is not extremely cold as in other countries. However, it still has so many ski fields, Queenstown's four ski areas offer varied alpine terrain, the closest one is just 20 minutes' drive from the town center. Offering one of the longest seasons in the Southern Hemisphere, Queenstown welcomes skiers and snowboarders all over the world come and enjoy “winter in the summer”. 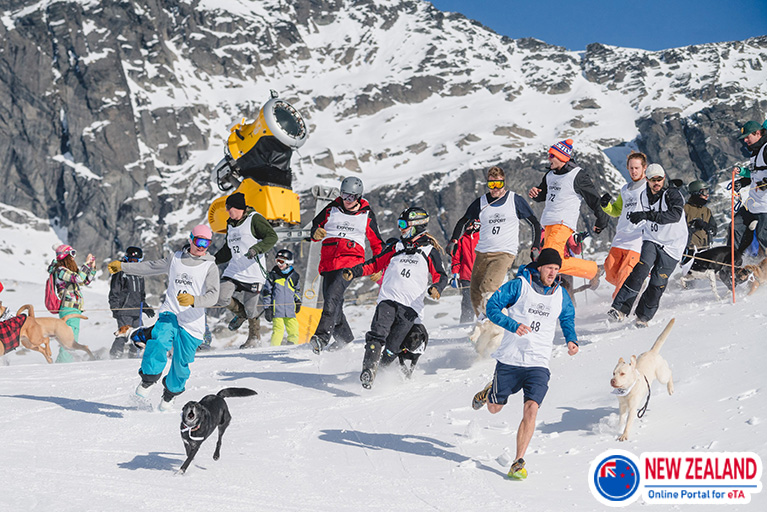 Being one of important national days of New Zealand, Waitangi commemorates the signing on 6 February 1840 of the Treaty of Waitangi, which marks the validity of citizen rights of Maori people. So, the festival is very significant to New Zealand people since it is an occasion to look back at the past, celebrate the present life and look forward to what the citizens can do for the country in the future. 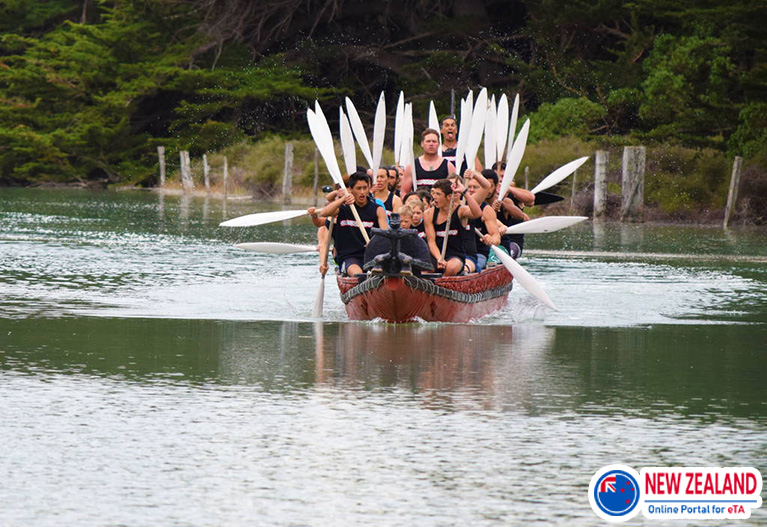 There are several activities to do on Waitangi Festival:

Auckland Pride Festival is held on every February for a couple of weeks and also known as a music festival for artists and music lovers. Most activities and programs are linked and coordinated with the “rainbow community”. The long-lasting event attracts lots of people who identify themselves as gay, bisexual, transgender, … dress up colorfully and line up in colorful parades and express their pride. They open many showcases and musical contests for the participants to show their talents. 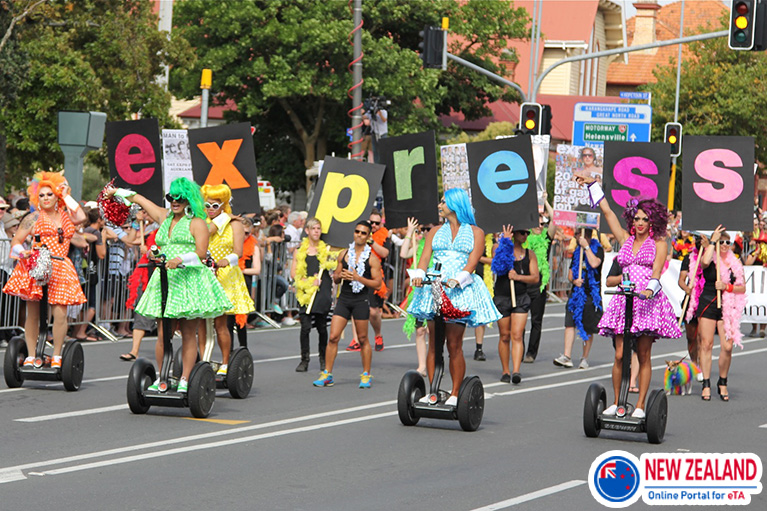 The Auckland Pride Festival receives love and support from tourists worldwide since it strives to connect people with the purpose of promoting equality, freedom, and dignity among citizens and even foreign visitors, especially for the country’s Rainbow communities. You do not want to miss the Pride Festival and one of the biggest music events once coming to Auckland, New Zealand.

Being the largest metropolitan city in New Zealand, Auckland is the city of the traditional and cultural festivals, and Pasifika is one of them, which lasts for only 2 days. Pasifika festival has been held since 1993 in Western Springs, commemorates the initiatives and contribution of the New Zealand government and residents, which helps to preserve the cultural identity of South-Pacific residents unites Pacific cultures through incredible performances, delicious food and drink, workshops and more. 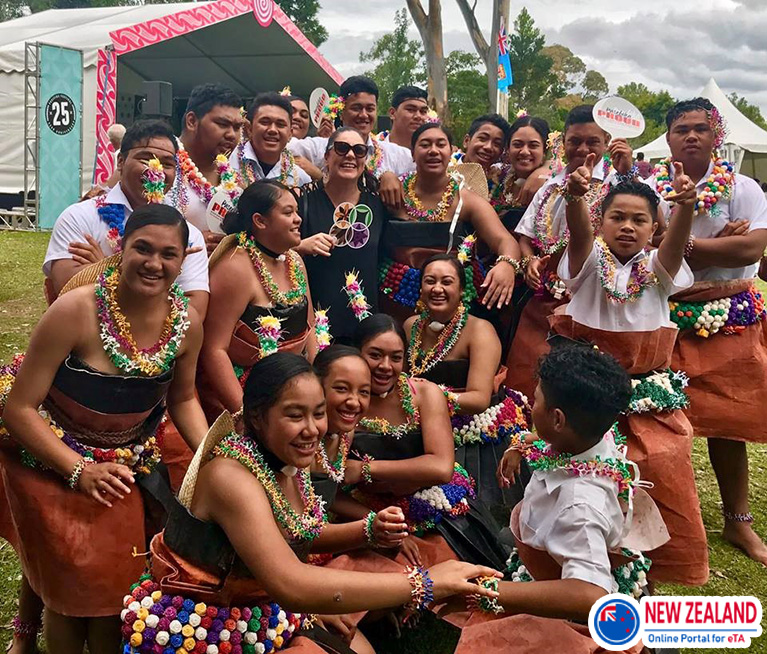 Pasifika Festival is set to return to Western Springs in March 2020.

There are many representatives from island countries come to New Zealand to join this festival, such as Fiji, Tuvalu, Samoa, Kiribati, Niue, Cook Islands, Tonga, Tahiti, Tokelau, … Each builds its own cultural region, also known as cultural villages with colorful costumes and unique cuisine. Most food material is taken from local specialty as tropical fruits and temperate food like milk, cheese or butter.

This special art festival is celebrated only in the odd years from July to August. Being one of the biggest art festivals, the event attracts art lovers and artists from all over the world to visit Christchurch. You will have the chance to mix with powerful performances by popular singers, music bands, … worldwide. It is also an occasion for art lovers to meet and share their common interests. Experiencing art, music, light, food, and performance is a great help of inspiring participants to explore who they are, where they have come from. 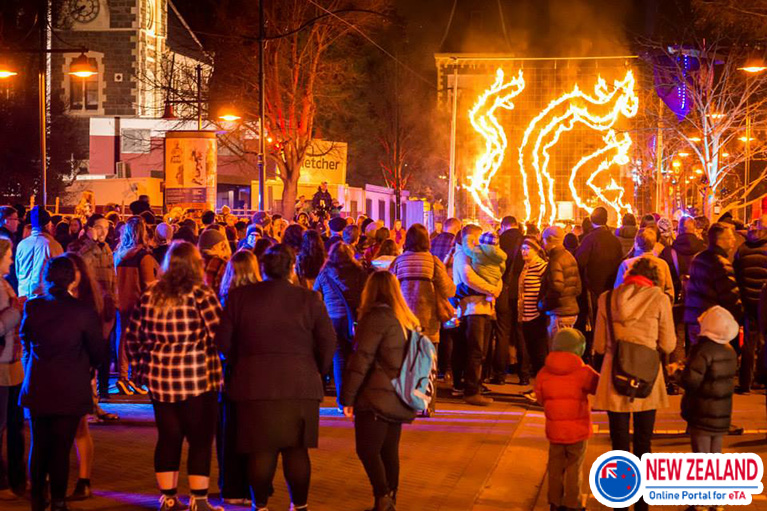 For any assistance, please call 24h professional support center below or send an email to expert@visaonlinegov.com